"Night at Noon'' was born as my way to use photography to make sense of what was happening when the Covid-19 pandemics - an existential earthquake of an extent that only a handful of generations have experienced in human history - struck. In the old days of cinema, when cameras where not near as sensitive as now, cinematographers used an artifice to shot night-scenes: they filmed them during the day. They used a set of tricks that went under the name of ‘’day for night’’, including dangerous under-exposure and the crafty use of polarizing, neutral and color filters (mostly blue). The results of this artifice varied greatly but they never really reproduced the night. Rather they created a time suspended, a magic space where the night was lit by the day. This old trick came to my mind when the pandemics hit and I felt the sun rose as usual, but the day did not break. The sun rose but the night did not entirely give in to the day. Life had to go on but the casual automatism, the familiar clarity, the comforting noise typical of the day were gone. People still went out into the deserted cities but, with their senses more alert, their minds more inclined to wonder in uncharted territories, their hearts beating faster, it all felt more like walking in the woods at night. The night as a time when we are closer to the instinctive depths of life. A time of intimacy as well as a time of estrangement . A time of dreams and of nightmares. A time of waiting. It is not by accident that the main protagonist of this series is Martino, my seven year-old son. This was a time parents had to be close to their kids. I must have been around his age when I first got fascinated by the uncanny magic of the ''day for night'' watching films. He was living through it for real. ‘’Night at Noon’' is an unorthodox key, stolen from an old cinematographic trick, I used to force-open a window on the incredible times we are living. It showed me a part of thing’s essence that was invisible in the light of day. 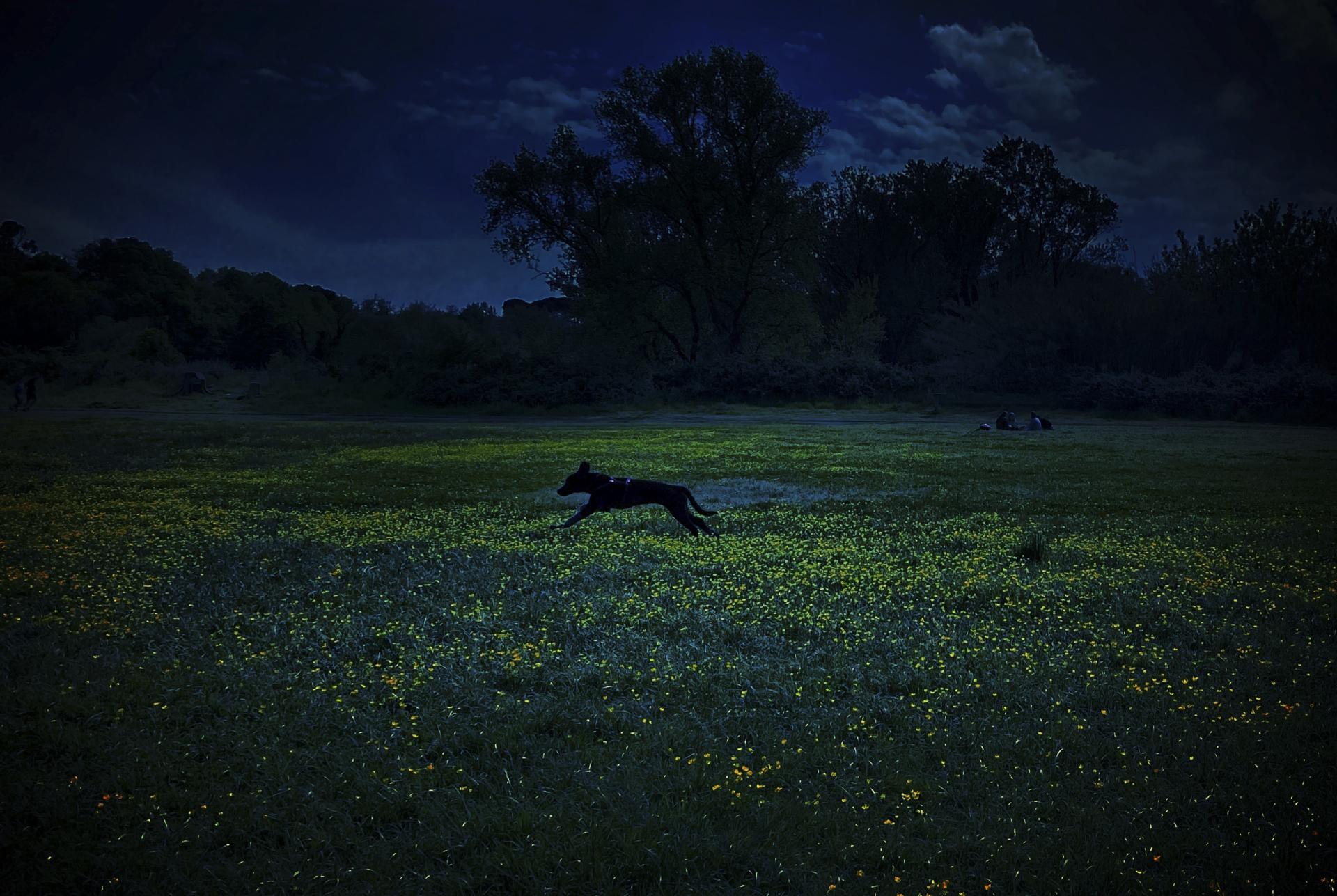 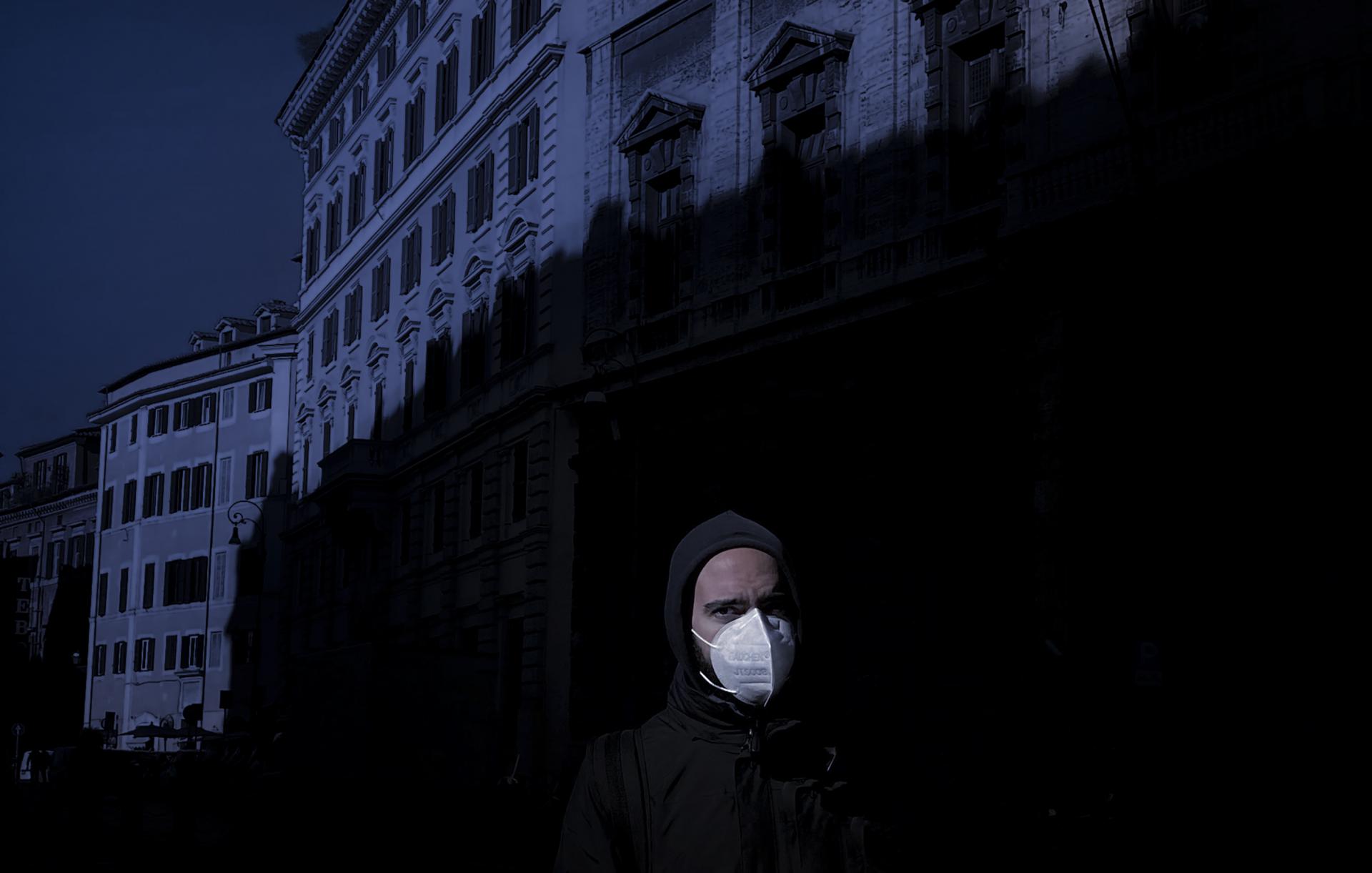 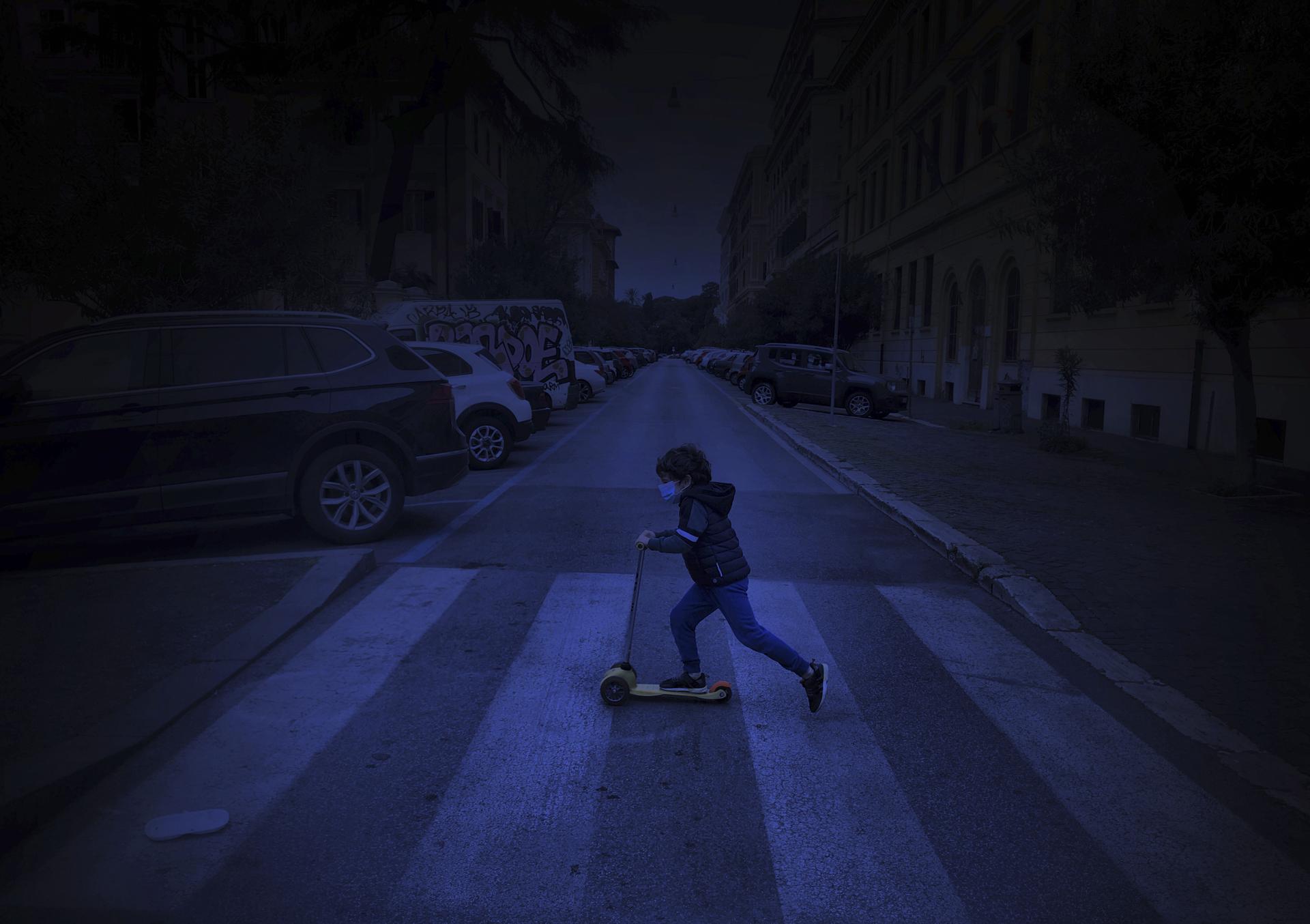 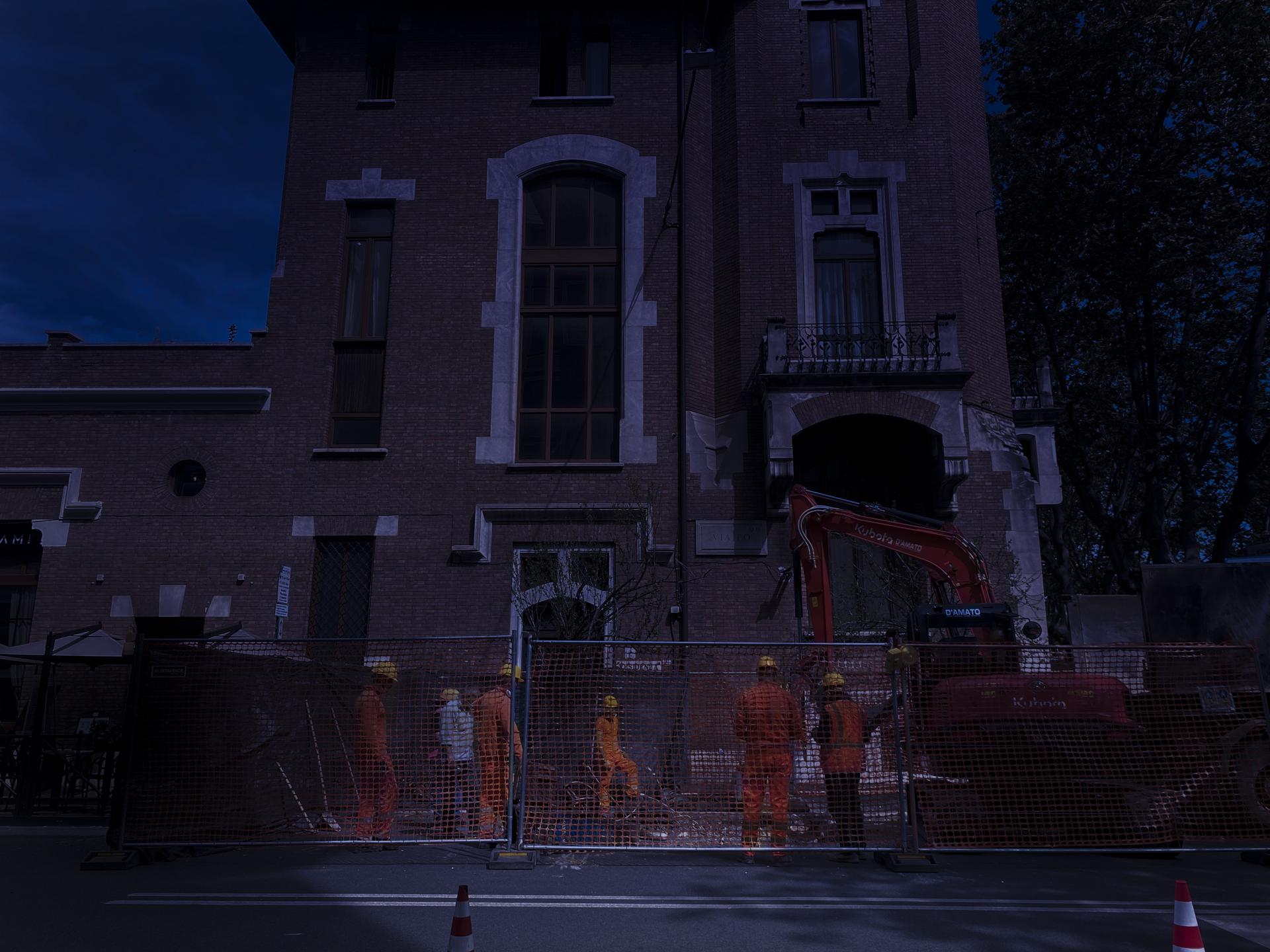 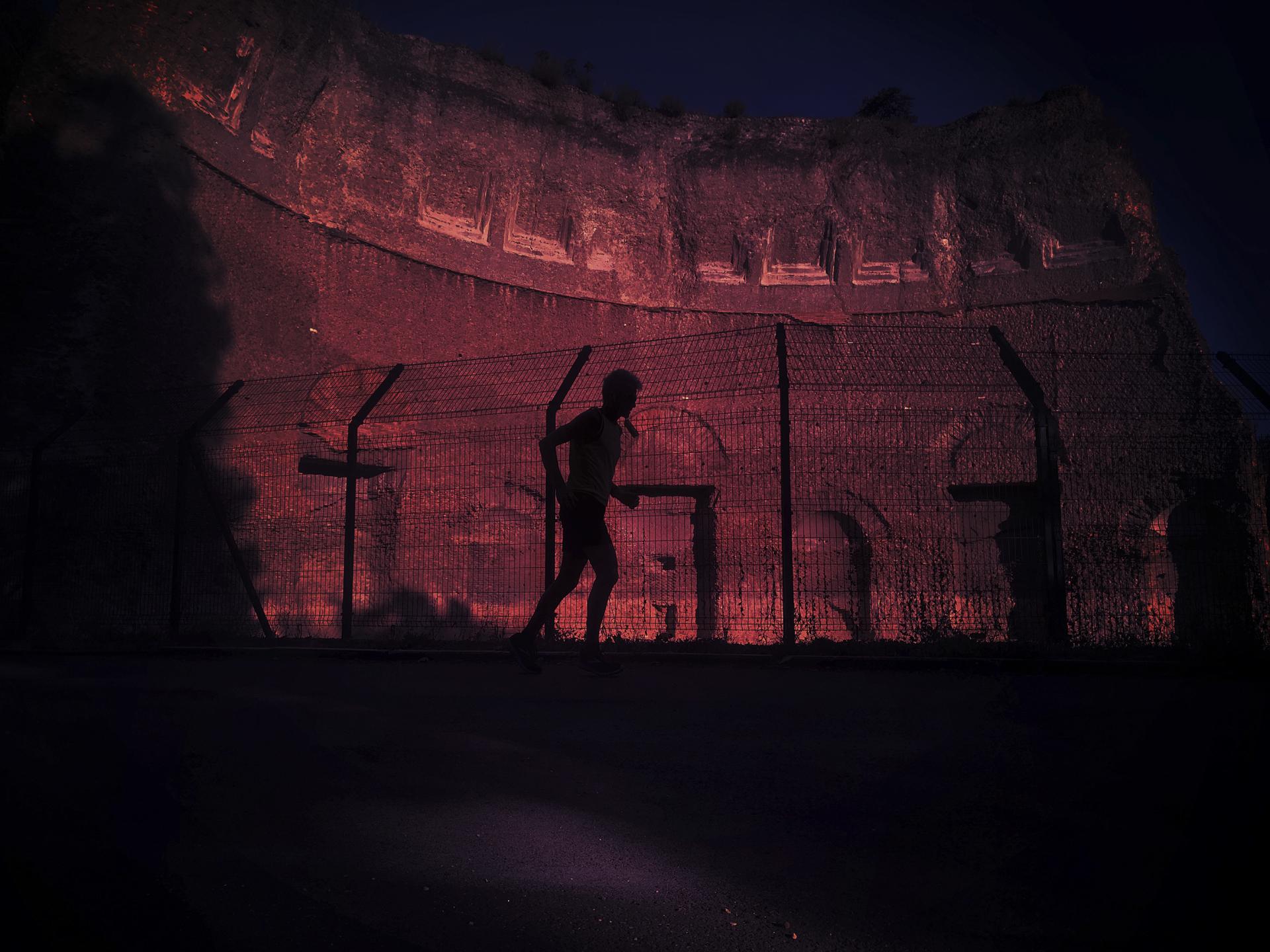 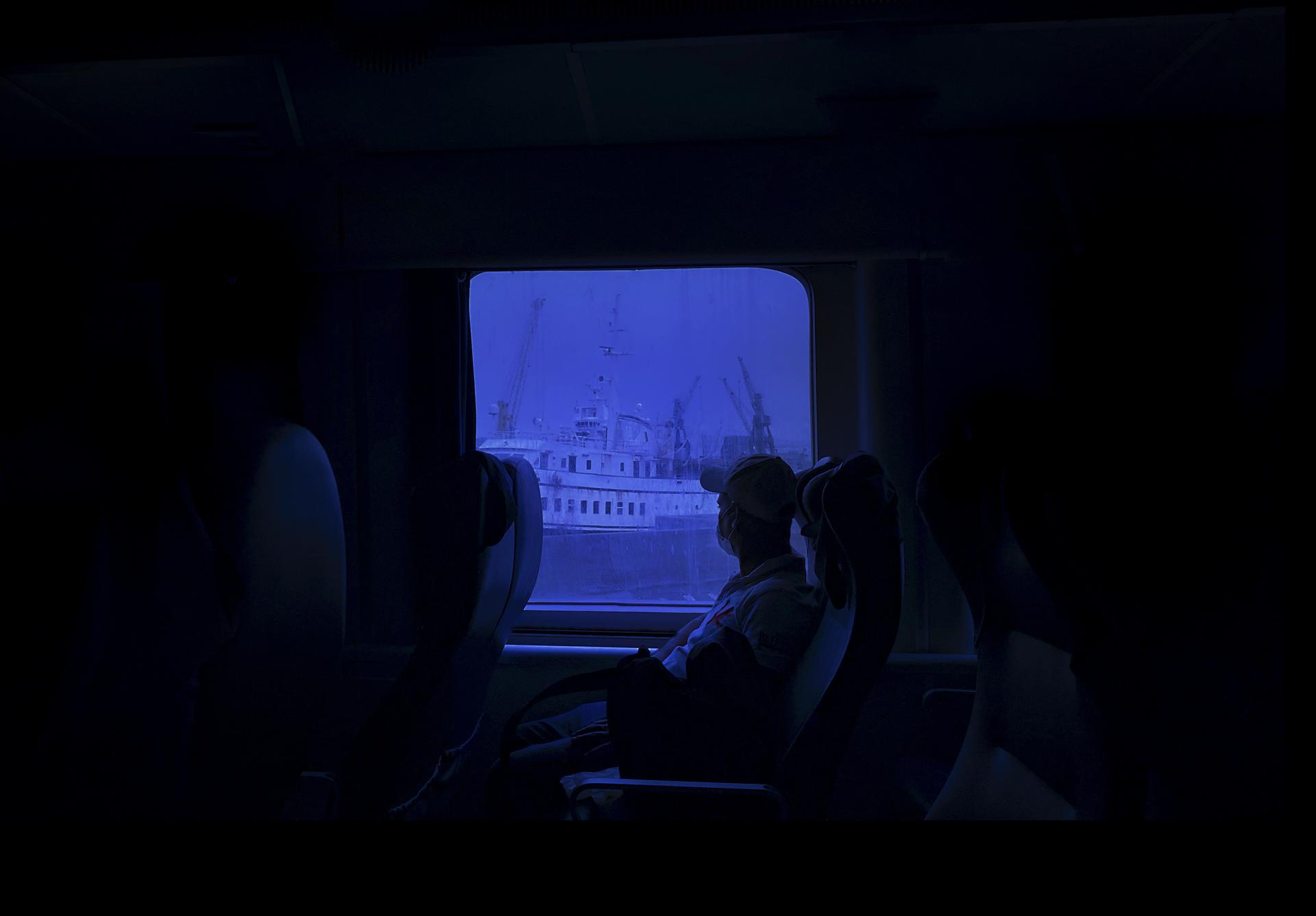 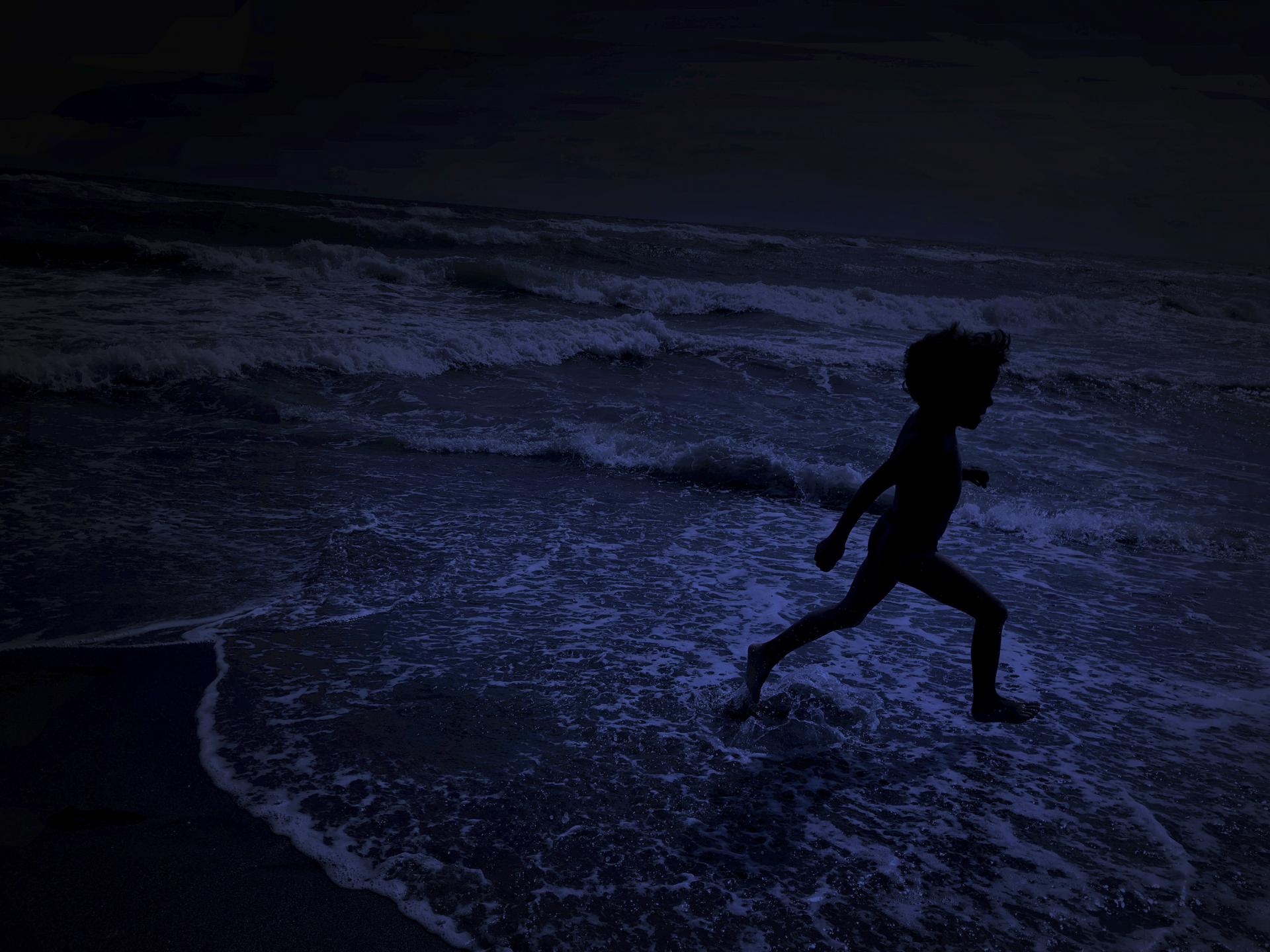 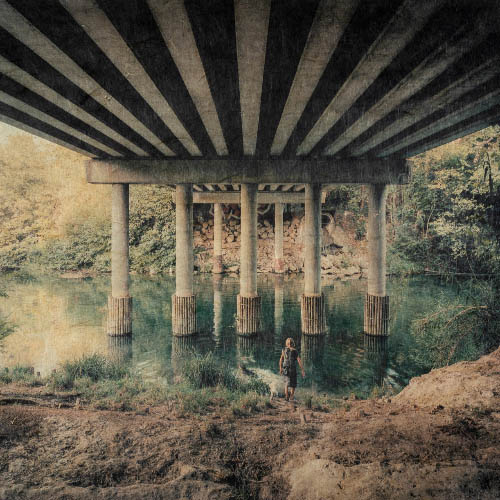 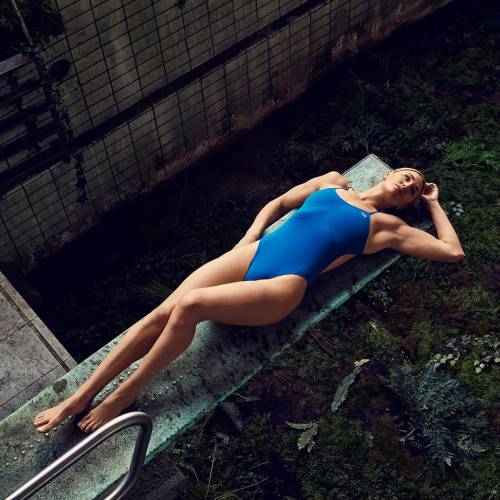 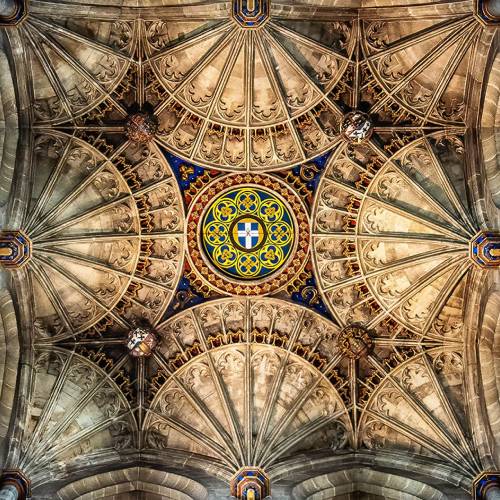 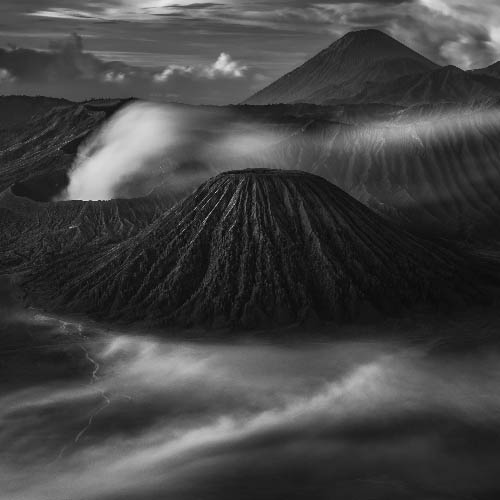