Dear committee, This photographs are part of a bigger project entitled “Migrating roots”. This is a science-art project involving the concept of roots/origins and migration; the material used is a biotechnology termed “hairy roots”. Hairy roots is a plant disease arising from an infection by a bacteria called Rhizobium rhizogenes. When a plant is wounded, this bacteria is able to transfer and insert its DNA into the plant’s genetic code. The DNA inserted contains genes that induce the oncogenic growth of roots no matter if the tissue is a leaf. The new emerging hairy roots are distinct from the natural roots that a plant would grow. Whereas natural roots are regulated by the plant and would require external administration of hormones to be grown in the lab, hairy roots grow indefinitely as long as they are provided with sugar. These attributes make hairy roots interesting for the production of plant value-added compounds and the studies of metabolic and physiological phenomena. Although we think of plants as sessile (fixed in one place), they move geographically over time through generations (seed dispersal) or their roots move and give shoots somewhere else; with these photos we tried to portray this parallelism to us humans. In this project, we portray migration stories of close friends from different parts of the world to Europe and from Europe to other parts of the world. This was done by taking advantage of the indefinite growth of hairy roots, placing them over 3D printed maps of the world in agar plates. We aim to convey the complex phenomena of migration at the physical and psychological level and delve into how plant roots are as dynamic as humans. One carries their roots as they move around the world - and in humans, just as in plants, roots move to where they find nourishment. 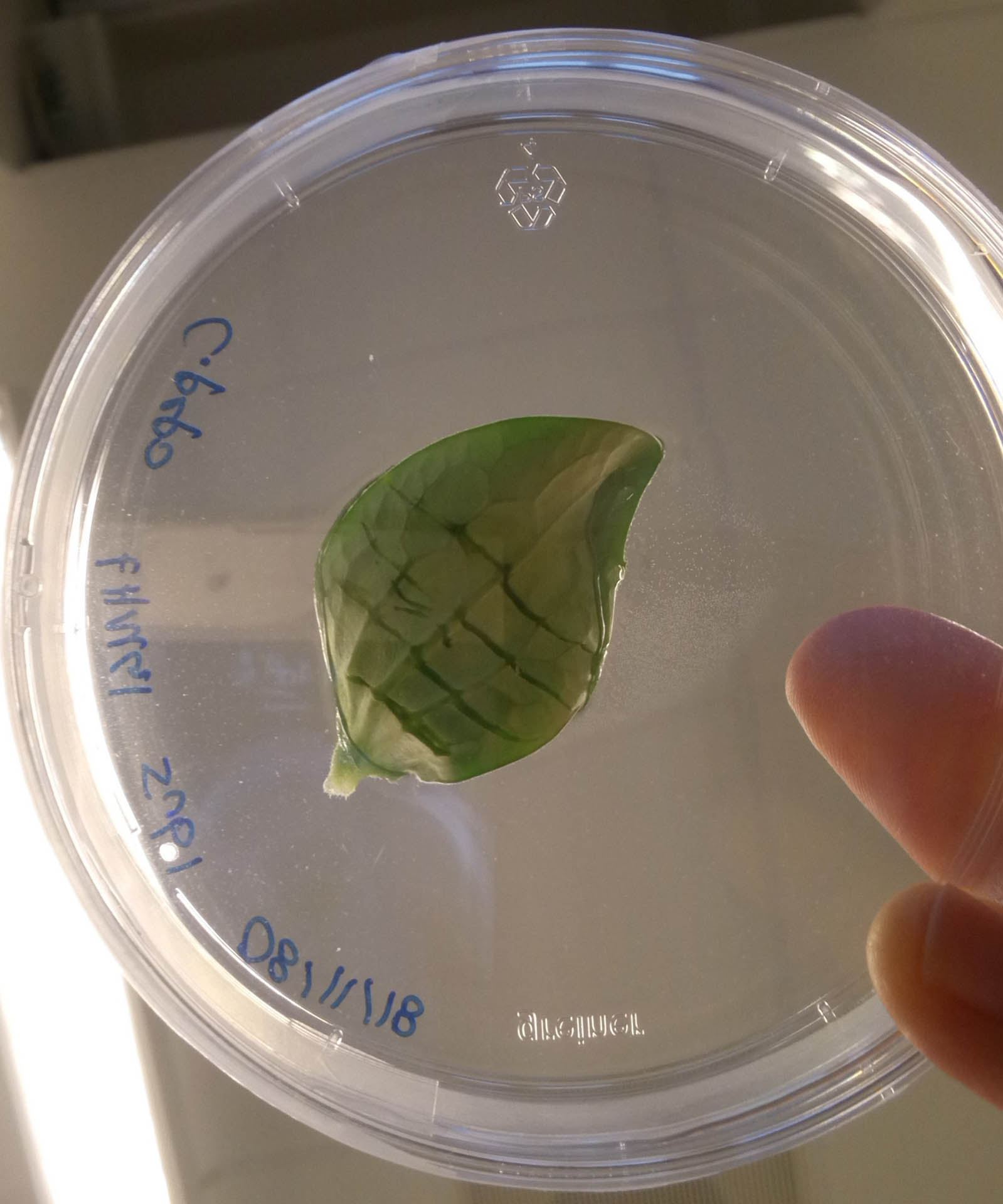 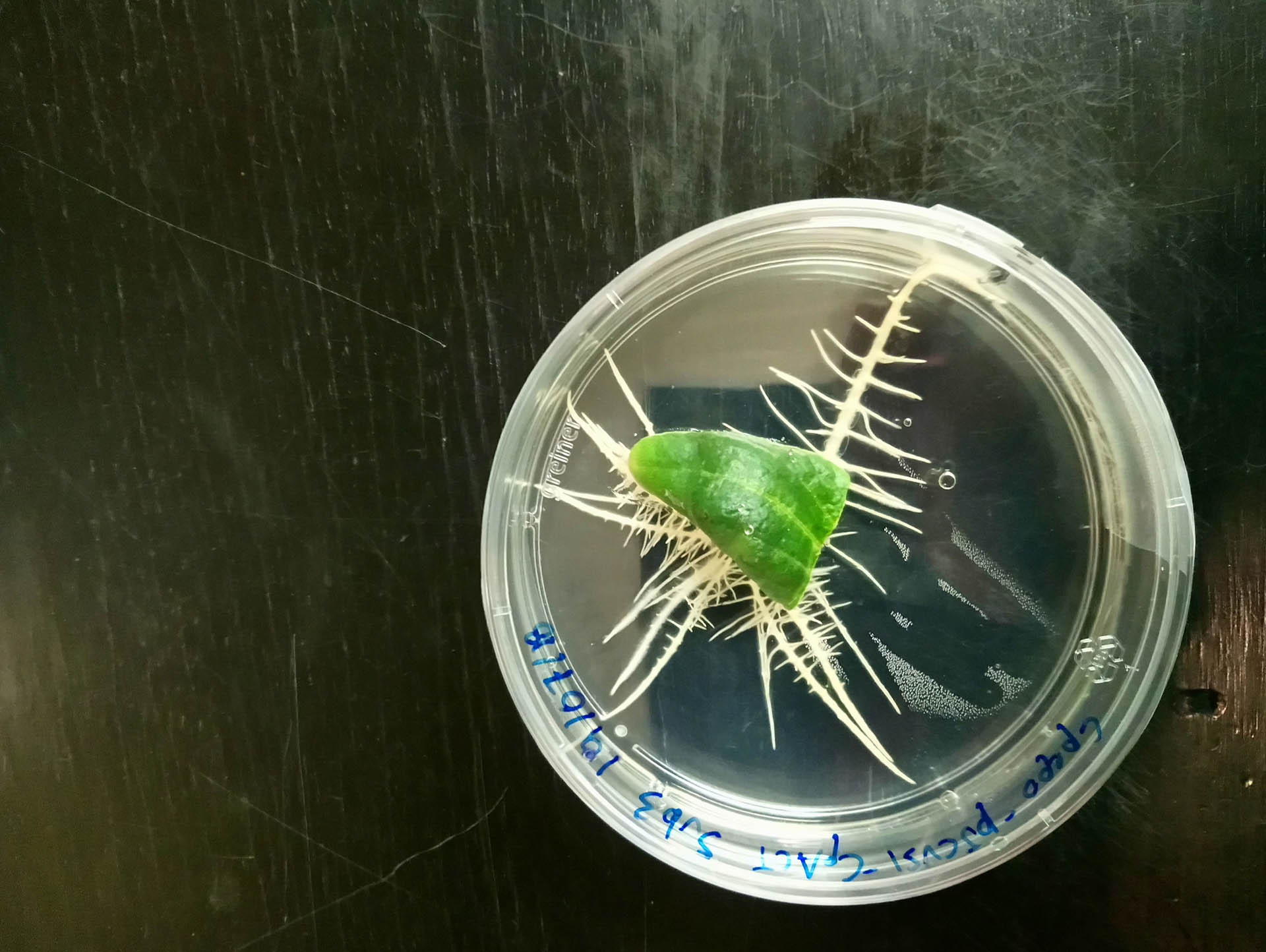 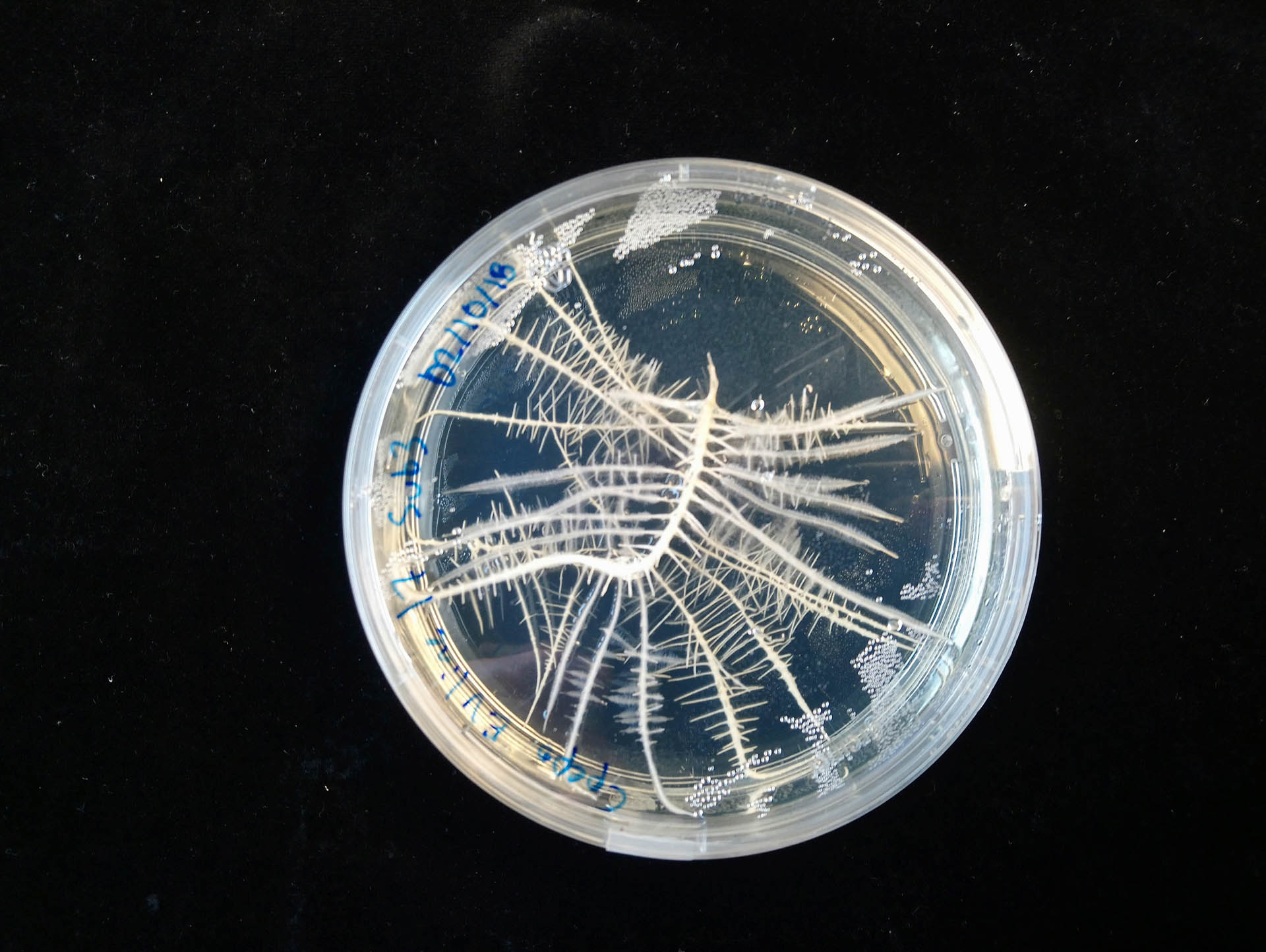 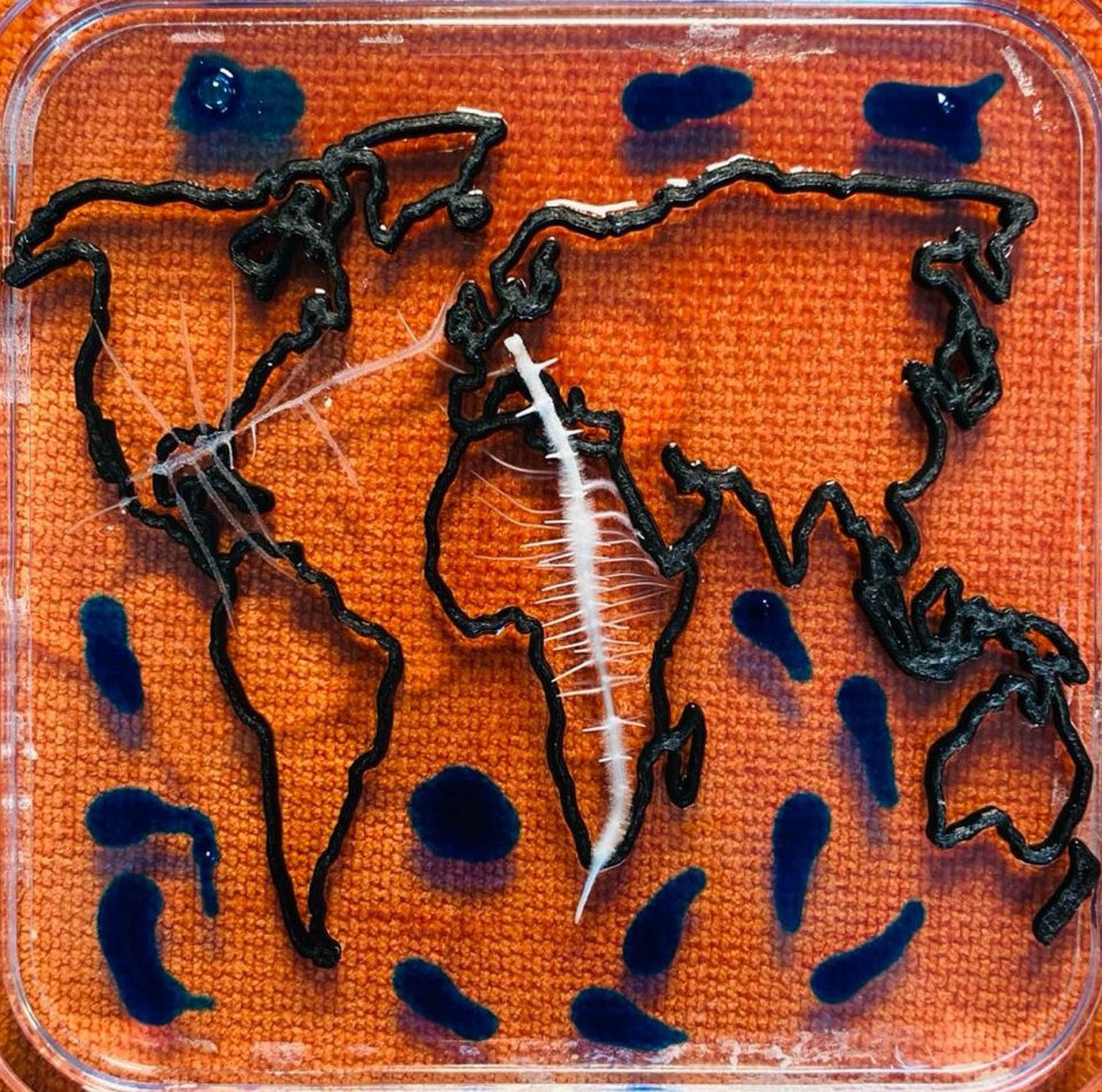 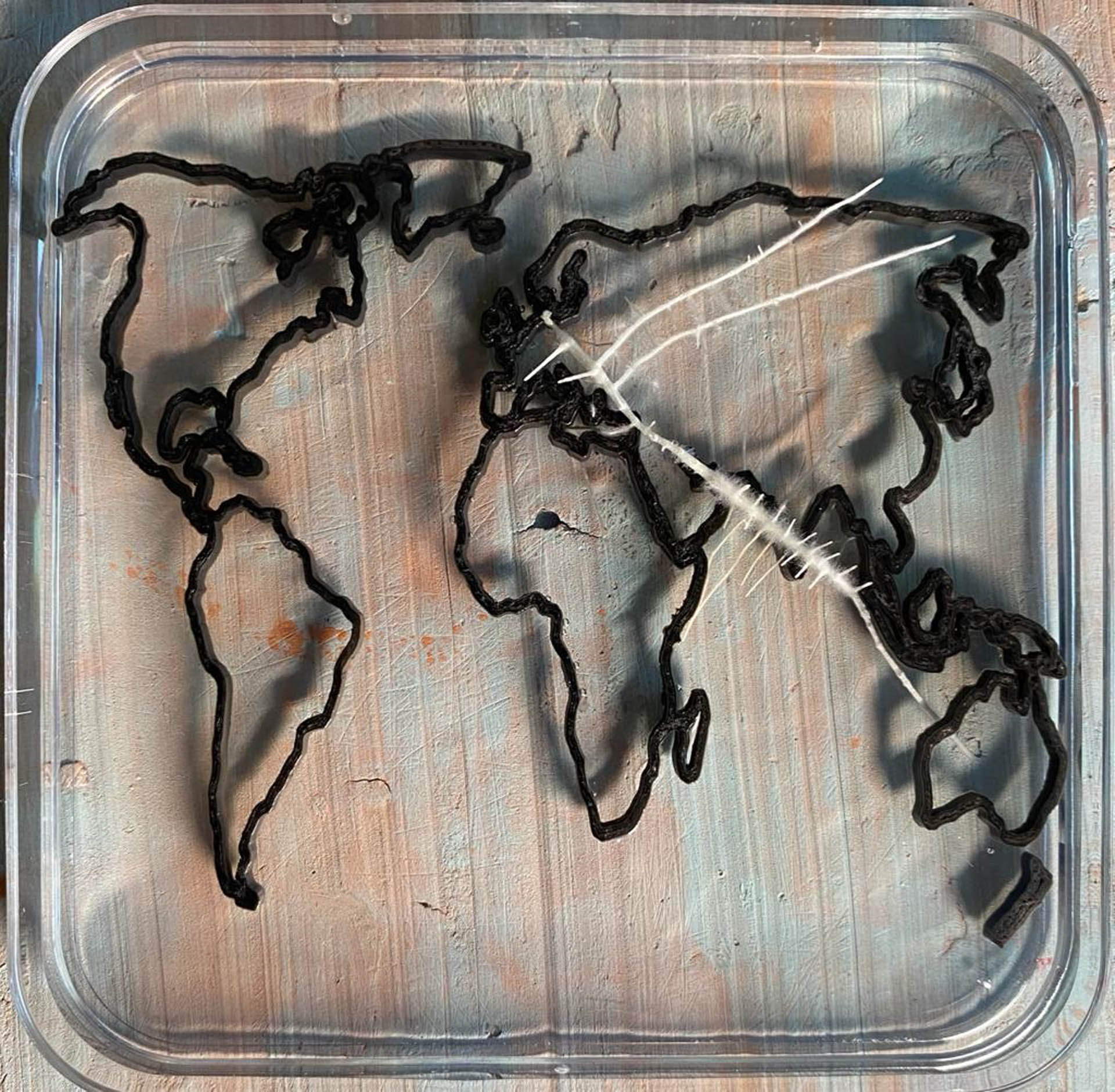 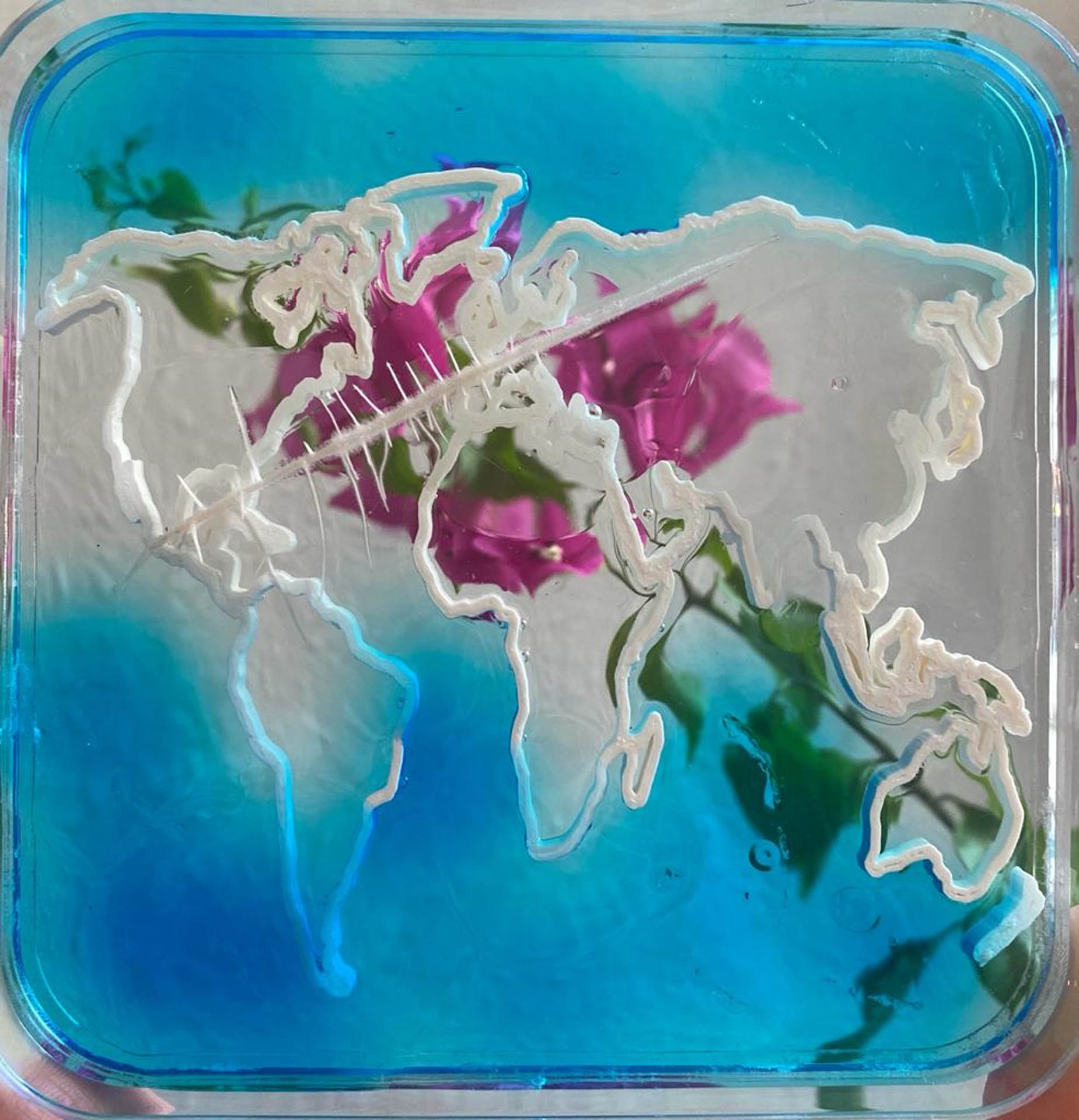 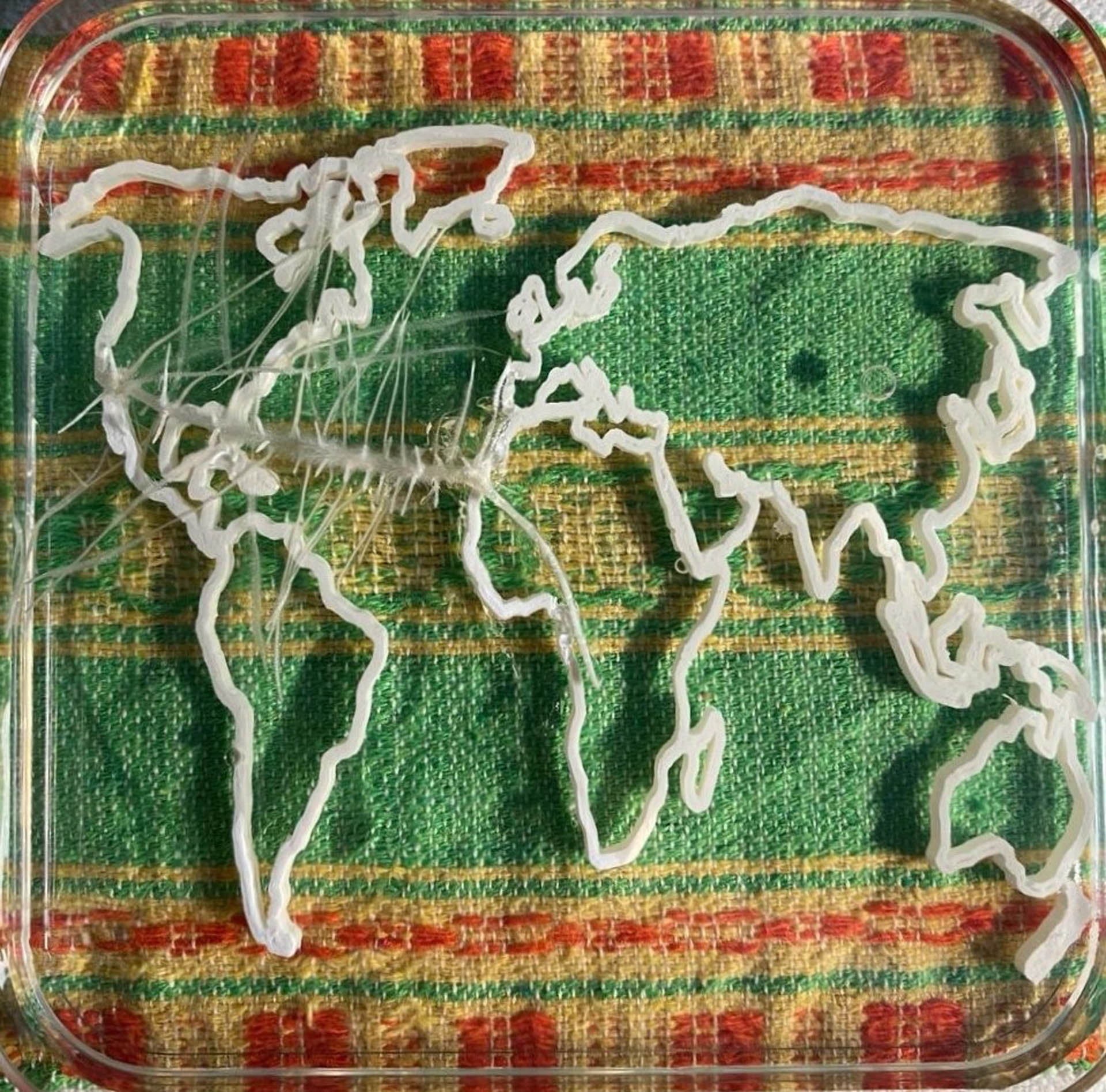 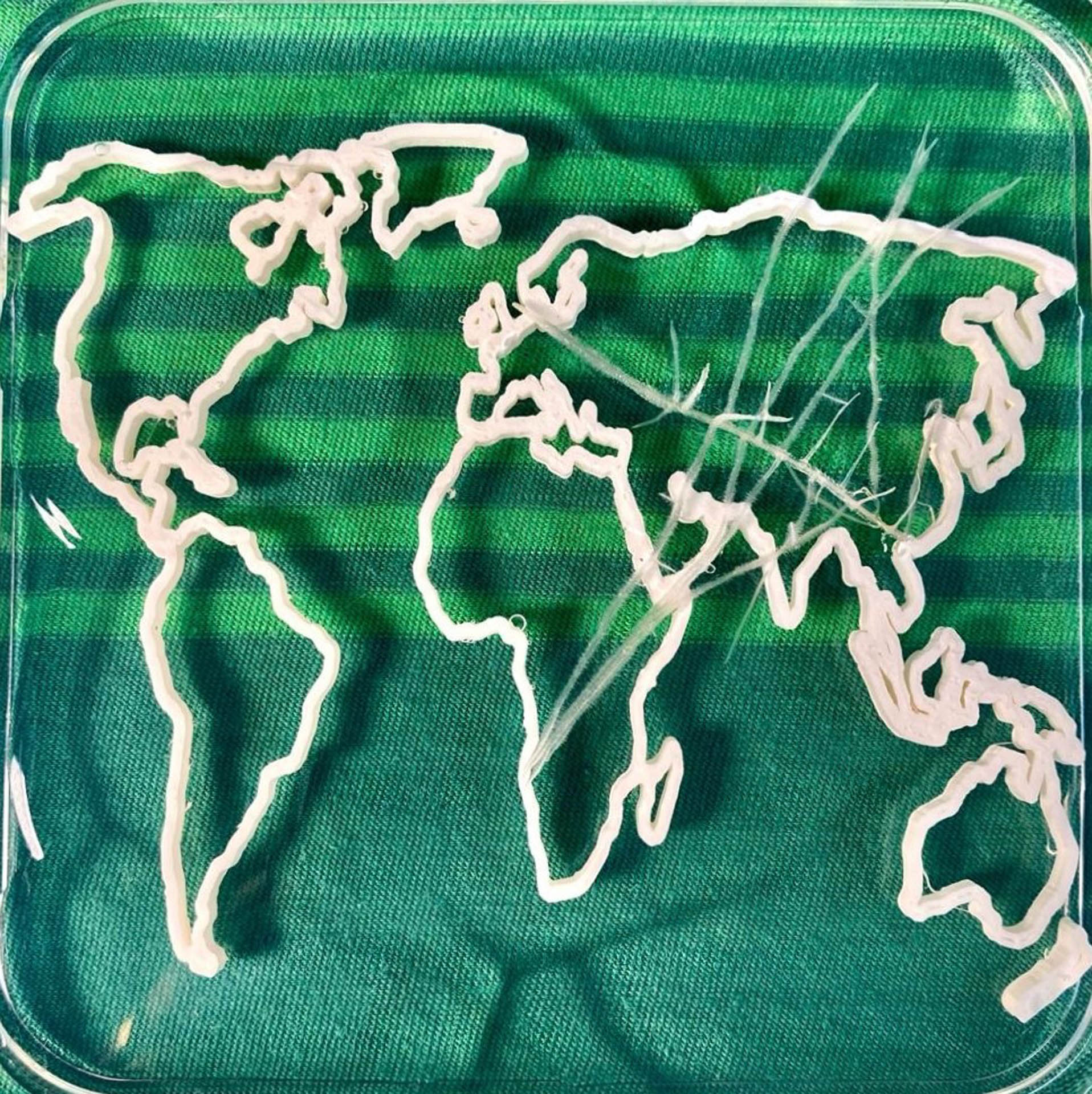 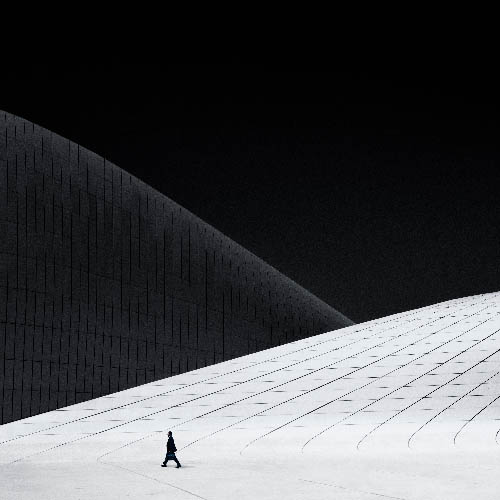 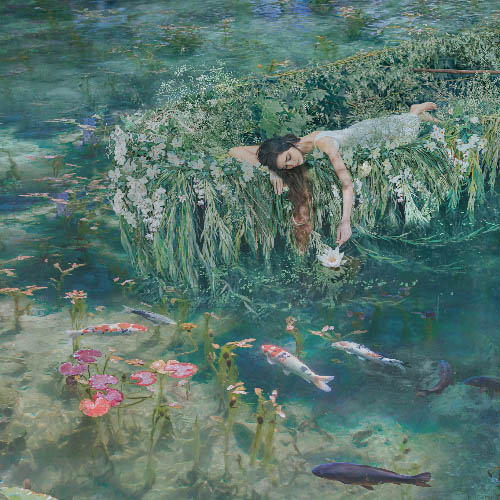 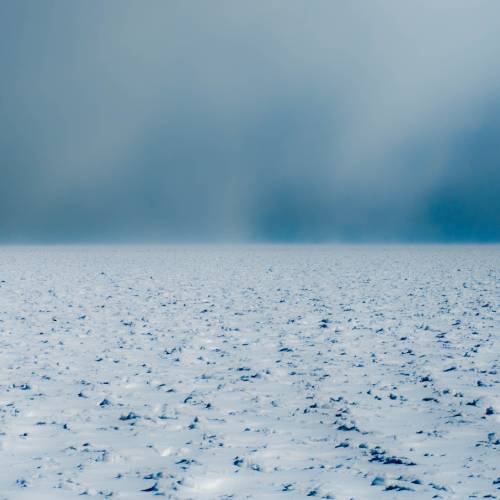 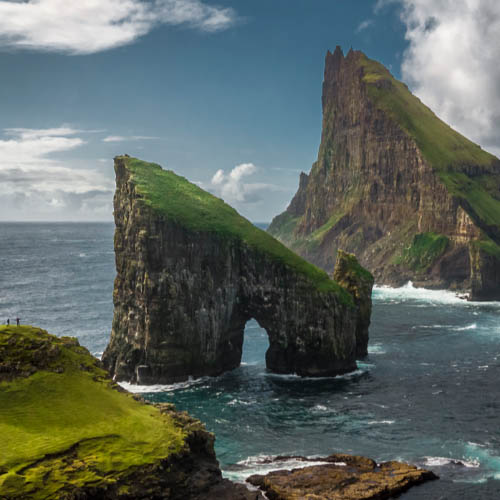